From the big names in luxury like AERIN, Ralph Lauren and Linley to the lesser-known labels that are either just emerging on the interiors scene or are solo artisans running small, independent studios, the LuxDeco brand mix is varied, no question. Telling the story of those smaller brands is just as captivating as narrating the legacy of those with an international reputation. Stories like that of French metalsmith, designer and artist, Franck Chartrain—the man who moulds metal into objects of otherworldly elegance. 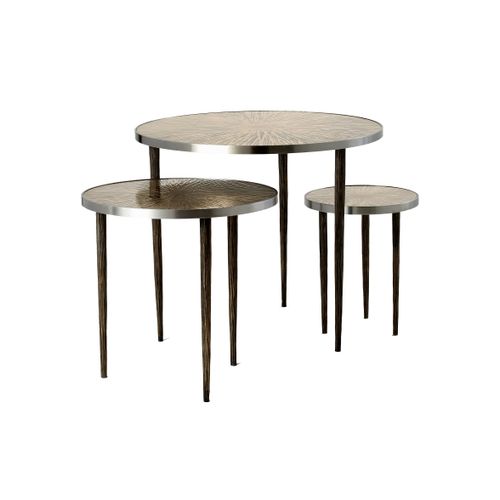 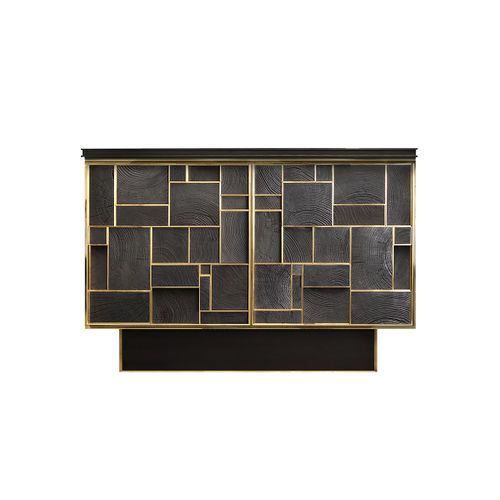 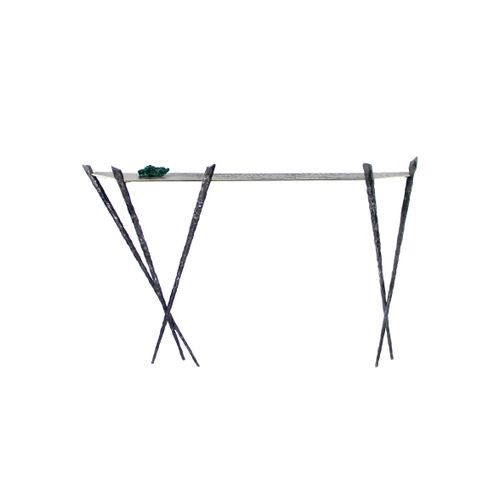 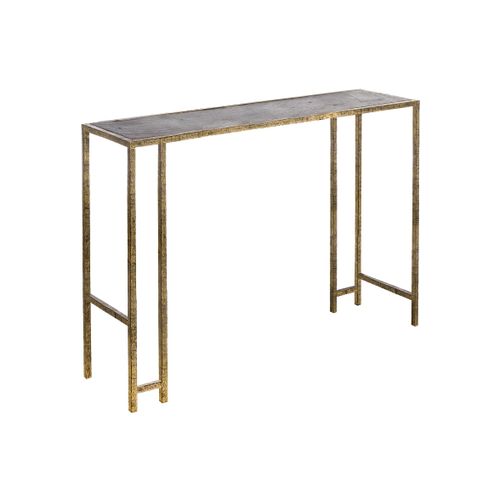 He was born in 1971, but it wasn’t until 1989 that Franck Chartrain began his work in ornamental metalwork. A graduate of the prestigious Les Compagnons du Devoir school, founded in the Middle Ages and notable for its specialism in traditional craftsmanship. It was here that he discovered his ability to understand, to reimagine and to command metal in such a powerful way—a way in which he would ultimately bridge the world of fine art and furniture design.

Of his time at the institution, he says: “Les Compagnons du Devoir taught me values that I am deeply imbued with. I have definitely learned to practice excellence in my profession, but above all, it has allowed me to develop human qualities. Each piece I make reflects the symbols and values found in the measurements and aesthetics of sacred and mysterious places of worship in different civilisations, such as pyramids, cathedrals and ancient temples.” In those early graduate years, he began a career in teaching, working on his own metal furniture projects on the side. It didn’t take long for the designer to realise that he would be able to forge a life as a maker of objects, of artisan tables, of wrought iron chairs, of gold furniture, that would one day mesmerise people far and wide. His pieces were rare, his skillset uncommon, and so a niche was carved for Chartrain to fill.

His work and his ways

In 2002, Chartrain opened his first studio, but not in his native France. Focussing on high-end commissions in metal, he based himself in the US, opening a second studio seven successful years later back in the Loire Valley. He also began expanding his material palette beyond metal to blend in rare and precious materials as accents including agate, petrified wood and crystalline glazes. At this time, he was keen to dedicate more time to research, learning more about the engineering aspect in his field that would further his ability to produce boundary-breaking techniques and highly finessed finishes. For Chartrain, his work is about technical accomplishments as much as creative ones: “The passion for my work, which is meant to teach me how to improve myself through the path of “savoir-faire”, makes me willing to work on an ultimate piece which has to be a design and technical achievement,” he says. 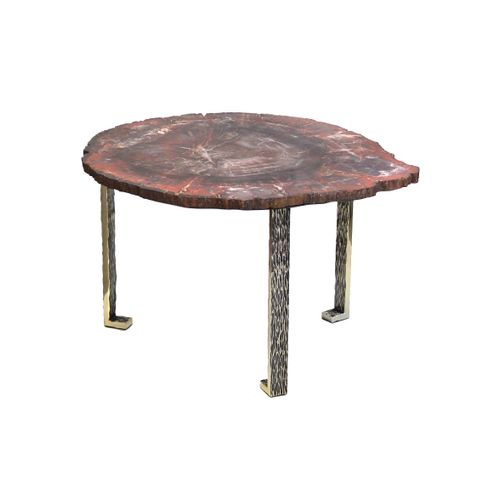 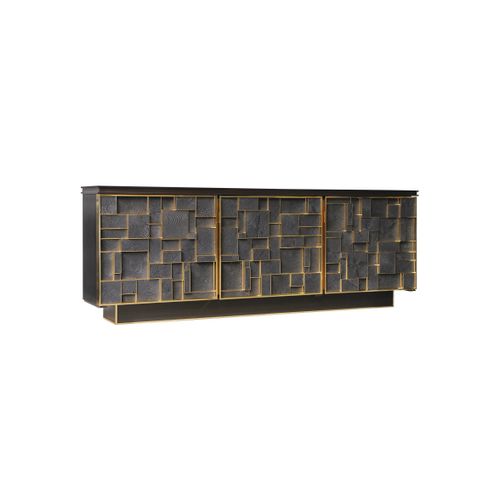 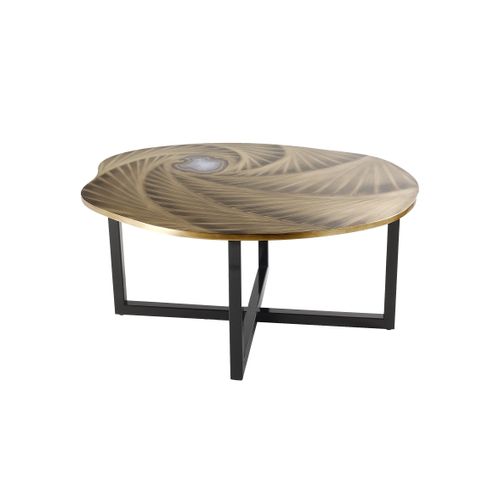 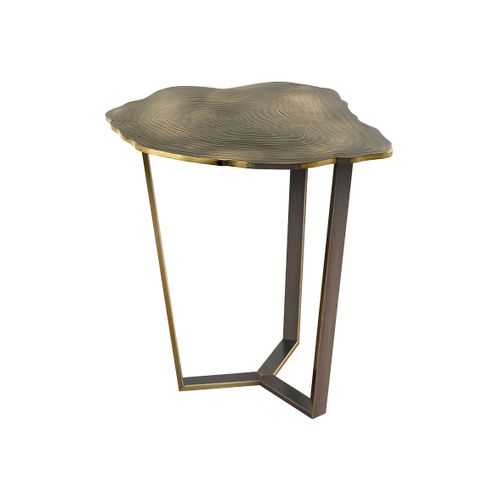 An established innovative thinker and an artist drawn to the detailed study of form and composition, his way of working remains distinctly traditional, favouring the metallurgic approach just as the great masters of metalwork who predated him such as Samuel Yellin and Edgar Brandt. His work is described as being the perfect balance between technicality and artistic liberty.

With many years of making under his belt by this point, 2012 saw the release of The Franck Chartrain Collection in which his first 15 years of furniture-making and mastery of metal were celebrated in a small series of flawlessly finished pieces. When asked about what it is about metal that he finds so intriguing, so special, he said: “Metal is a very versatile material that will allow me to shape it the way I want, and to work it, in solid, flexible or even liquid state, in so many various ways. Its own constitution makes it eternal because you can always recycle metal in another object depending on what your needs [are] and what changes you would like to make with only modifying the material aspect. Metal is just magical to me. It requires only my ability to work this material, to change one metal shape into another. That is why I am fascinated by this material.”

From here, his creations increased and grew further in confidence. Gold coffee tables whose bases are formed of textured steel branches finished in a precious golden wax and topped with petrified wood; gold lamp tables like the Narcissus design which featured bronze wood and a patinated bronze base; and lamps and pedestal bases themselves such as the cubic bronze column with inlaid agate stones are to cite just three of his beguiling works. 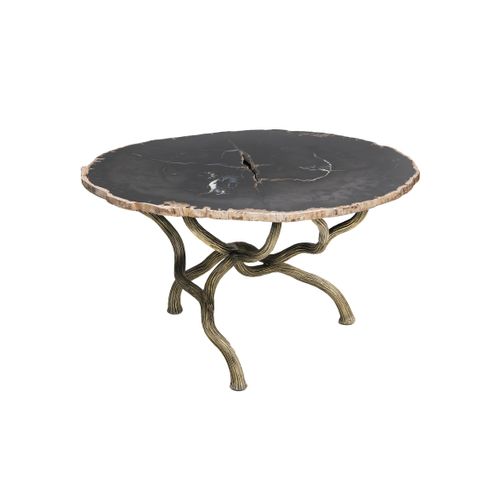 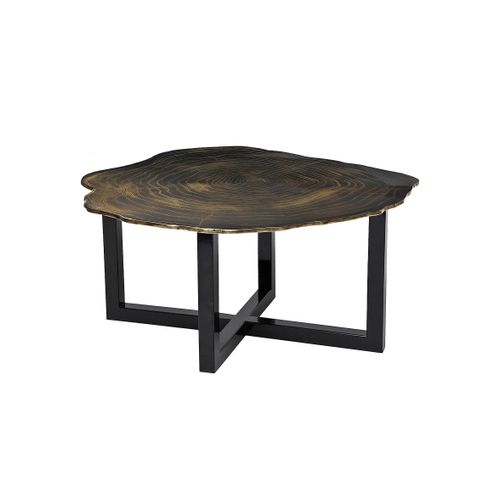 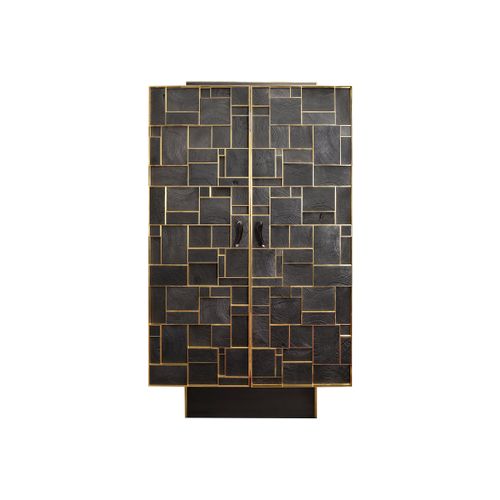 A long list of prestigious collaborations followed as Chartrain joined hands with interior designers and architects from across the globe—Jacques Garcia, Agence Pinto, Victoria Hagan, Peter Marino and Philippe Starck amongst others. His work too has been showcased in galleries including New York’s renowned Maison Gérard Gallery, and at events such as New York’s International Fine Art and Antique Dealers Show and Révélations, held at The Grand Palais in Paris.

His Loire Valley workshop, christened Métier d’Art, is no stranger to awards, but perhaps its most meaningful is that which is bestowed by the French government as a mark of excellence in craftsmanship. It is precisely that honour that Franck Chartrain is able to carry having now been officially named a Living Heritage Company. What better title and description for all that the man and the brand stand to represent?

These solutions will make those spaces feel less awkward