Putting the art into artisan: the character of a Claire Fréchet piece

Sculptures, bas-reliefs and textured ceramic works of art are at the core of Claire’s curated collection, each one imbued with an extraordinary sense of poetic expression unique to the French artisan. There’s a fluidity to her pieces. Most of which are based on organic, telluric shapes which are naturally soft and smoothly contoured in form. But they retain an enigmatic intensity in their finish, as though you could be handling an objet moulded from molten lava. There’s a mystery—an immediate sense of intrigue and a sensuality to all that she touches. 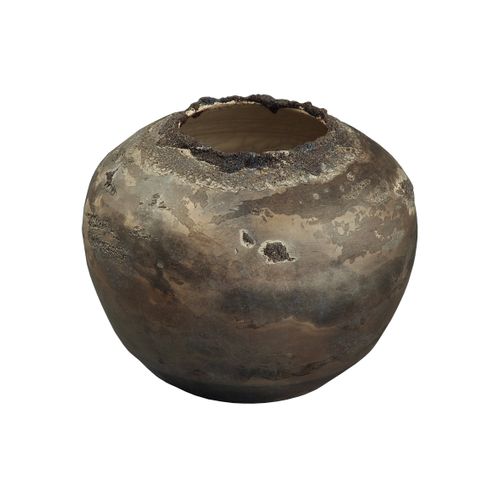 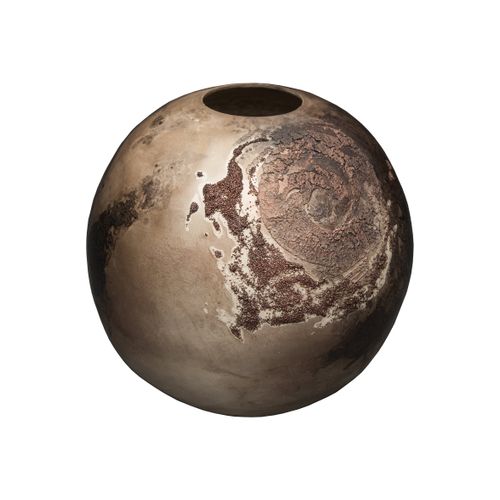 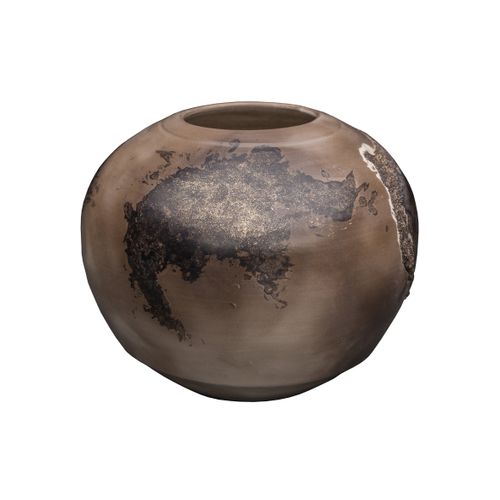 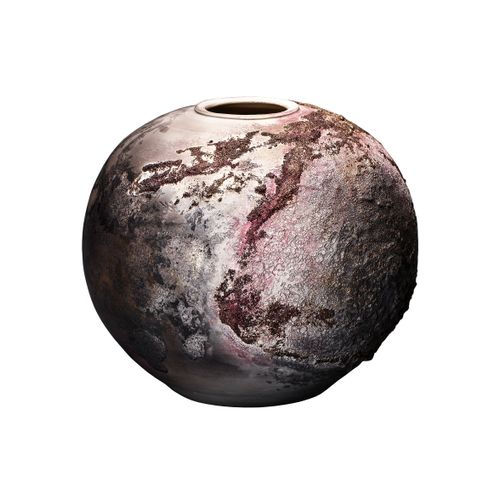 The inclusion of a Claire Fréchet piece in a space has been described as adding poetic depth to interior decoration. She translates fine art into ceramics which she hopes tell oneiric stories—those related to dreams—that are designed to constantly evolve. Highfalutin’ as that might sound, one look at any of her sculptures confirms it as true. They feel as though they’re living, breathing objects where no two shadows that stem from them or patinas found upon their surfaces will be the same. They’re emotional as much as they are elegant. Having trained as a poetry translator, it is perhaps natural that Claire then found an outlet to pursue a lyrical life—what feels, as an onlooker, like her destiny.

Turning to ceramics, she specialised in pre-Columbian techniques and was introduced to an indigenous community in Mexico who taught her the art of ‘browning’ earthenware, where the clay is polished with an agate stone before its first firing. Using this as her base, she gradually developed her own artistic language that melds geology, astronomy and botany—Claire’s three greatest inspirations. She works in peace and solitude in her dwelling workshop, just outside of Paris, which is fittingly carved into a limestone quarry rock face that was reportedly once used to build Notre-Dame or one of the other iconic cathedrals of the area. Her life as a ceramicist has become a way of living as much as a way of working, being described as slightly nomadic in personality with a complicit relationship with the elements and troglodyte lifestyle. 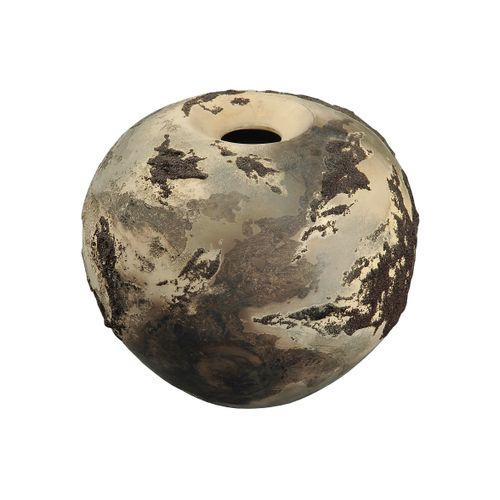 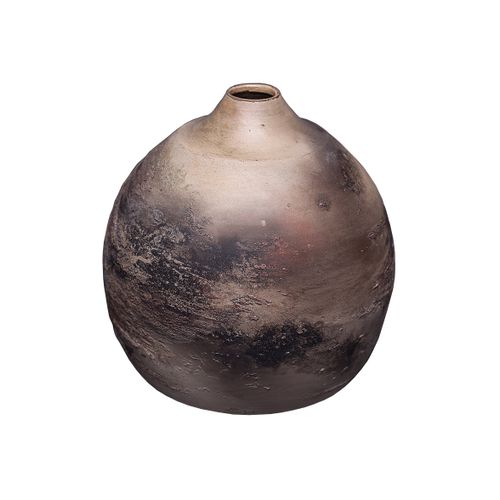 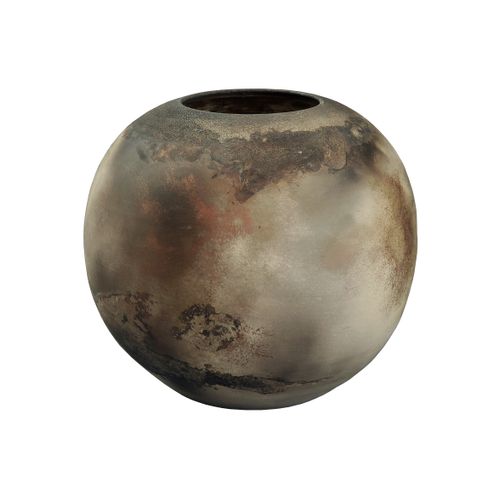 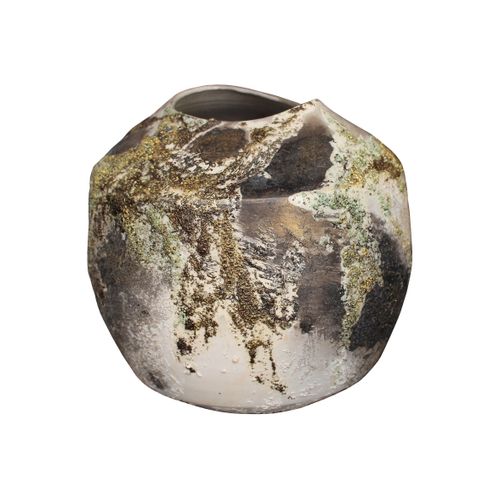 She says of her own work: “Ceramics is the formulation of a mineral language based on an essential and primary resource which is clay. One proceeds to a kind of transmutation, making rock (ceramics means physically rock) from clay; whereas clay is precisely the result of the erosion and the slow decomposition of the rocks. Therefore my ceramic practice genuinely consists in a powerful dialogue and resonance with the natural elements. My art is a sublimation of this original resonance.” Claire’s artisan ceramics have earned her worldwide acclaim within artistic circles as much as in the world of interior design. You can expect to see her objets d’art on display in galleries, as part of installations or indeed being called upon by leading interior designers such as Christian Liagre in Paris, Elena Caponi in Milan, and London-based studios Katherine Pooley and Louise Bradley. A much-cited collaboration too is that with La Grange where Claire designed a capsule collection of vase sculptures inspired by the Chantilly forest. Covered in moss and bark, she describes the pieces as “objects of tactile incantation, dreams awakened at the edge of the mineral world.” 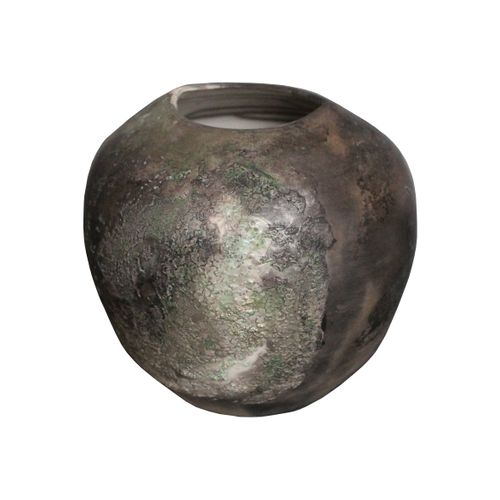 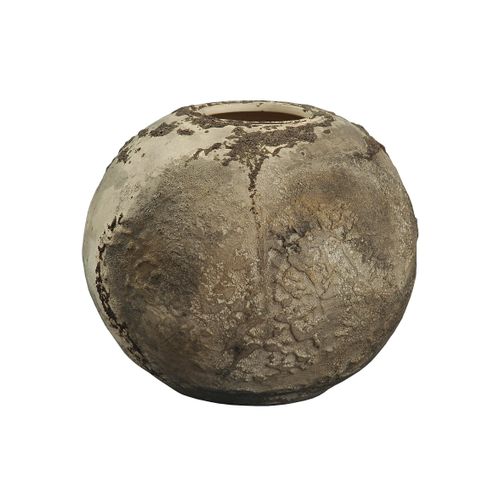 So far, there are six series in Claire’s collection, each form playing with scale from the low, wide Spaceberry that she describes as being an elastic but dense object that’s harvested during an imaginary journey through Space-Time, to the tall and elegant Albanegra that mimics bark.

For now, within the LuxDeco collection, it’s the soft silhouettes of the rounded Météores sculptures that lie in wait. Claire was inspired by the interplay of cosmic order and the contrasting liberation found in disorder. The inspirations are showcased in the mystical and sometimes pearlescent patina alongside the undulating, irregular forms of the vases.

Like meteors colliding in otherworldly realms, elegance and imagination collide in our humble planet courtesy of Claire Fréchet.

Italian Furniture Brands You Need To Know in 2022